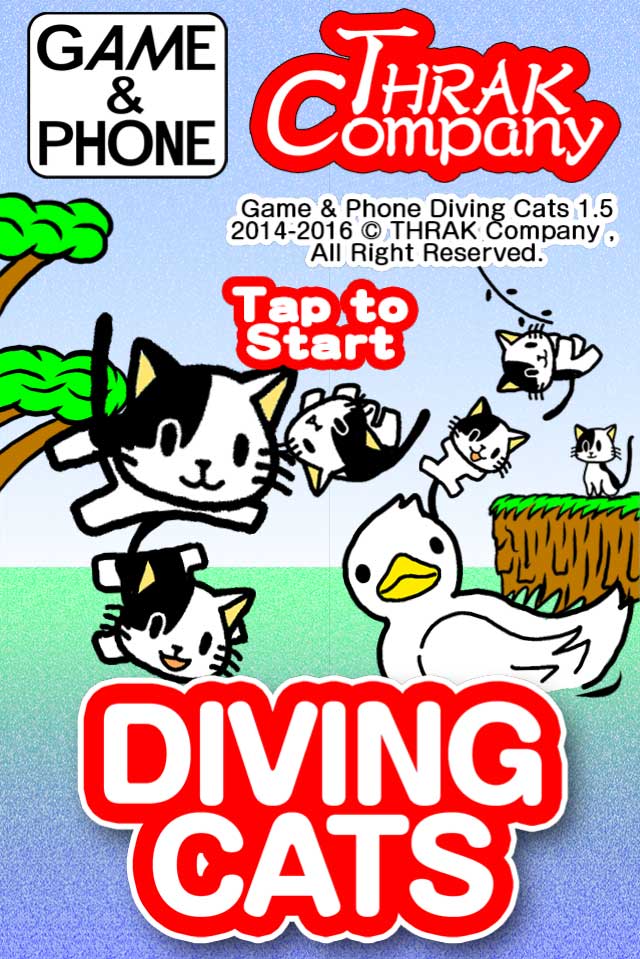 This is a Nintendo “Game & Watch” style Free
Action Game App.
You can play using just two fingers!
Move the duck and catch the falling kittens! 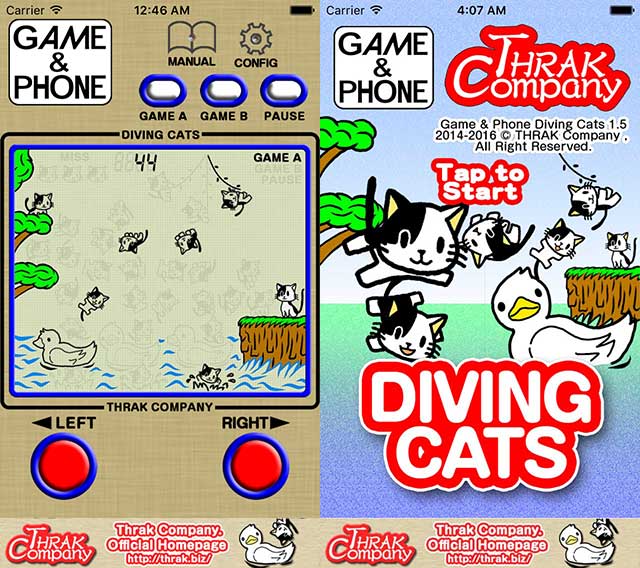 A game with simple rules that both children and adults can enjoy.
Easy to start up and perfect for playing inside the train and during work breaks.

Japanese-style kawaii characters, a classic and simple LCD game, and the advanced and intuitive tap operational style of iPhone.

This app combines together new technologies with good old Japanese game tradition.
Enjoy this game, that combines both nostalgia and newness, and attains high operability and exciting action while utilizing the features of touch screens.

“Game & Watch” released in the early 1980s, it is a line of handheld electronic games produced by Nintendo. Created by game designer Gunpei Yokoi.
Featuring liquid crystal displays and a handy small enough to fit in a pocket, they quickly became a hit everywhere for gamers on the go.
It was the earliest Nintendo product to garner major success.